Green Growth is a Harmonix offensive/defensive spell used by Flora. She summons seaweed to either make a net to trap the enemy or simply tie around them. 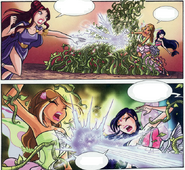 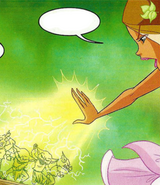 Retrieved from "https://winx.fandom.com/wiki/Green_Growth?oldid=518445"
Community content is available under CC-BY-SA unless otherwise noted.