Plasma Magic Bolt is an Enchantix/Believix offensive spell used by Aisha. She shoots a ball or ray of Morphix at the enemy that can disregard any upcoming attack to hit her target. 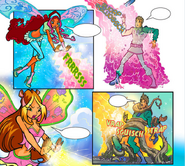 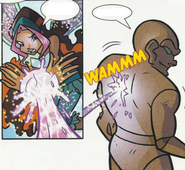