The first season of Winx Club premiered in Italy on Rai 2 on January 28, 2004. It aired its season finale on March 26 of the same year.

The first season of Winx Club started production after the pilot episode, "Magic Bloom", was finished in 2001. Iginio Straffi was unsatisfied with the pilot and enlisted the help of Italian designers to rework the show's look.

Later, Nickelodeon produced three specials retelling the first season, which premiered in 2011. This followed Nickelodeon's parent company Viacom becoming a co-owner of the Rainbow studio. The specials re-animate scenes from this season with new Flash animation.

On the 7th of July 2022, It was announced that the season would be redistributed with updated animation once again, premiering on the 27th of July 2022 at the Giffoni Film Festival.

“An ordinary girl from Planet Earth, Bloom lives a perfectly normal life in the city of Gardenia until she meets Stella, a Princess from the planet Solaria, who is in trouble. Going to Stella's aid, Bloom discovers her magical powers. Stella persuades Bloom to join Alfea, the best fairy school in all the realms. In Alfea, Bloom forms the Winx Club, whose members are her four friends and roommates - Stella, Musa, Tecna, and Flora. Later, they encounter and befriend the Specialists - Brandon, Riven, Timmy, and Sky, who will also become their love interests (minus Flora as hers comes in the next season.) The Winx Club members also encounter a trio of witches from Cloud Tower - Icy, Darcy, and Stormy, who are known as the Trix. The Trix are in search of the power of the Dragon's Flame and their ruthless pursuit lead to many encounters and battles with the Winx Club. Bloom also begins to learn the secrets of her planet, parents, and powers.” 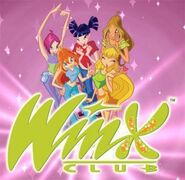 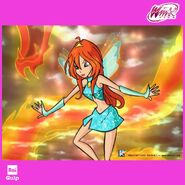 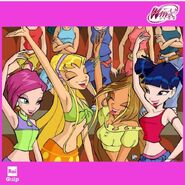