The season officially began production after the international media company Viacom became a co-owner of Rainbow. Viacom launched and financed a revival of Winx Club, now produced between Viacom's Nickelodeon Animation Studio and Rainbow. Viacom called their revival an "all-new Winx Club"[1] and a "fresh take on the [Winx] property,"[2] rather than a direct continuation of the previous seasons.

Before the official announcement, Iginio Straffi had previously mentioned that a fifth season of the show was planned. At the Licensing Expo 2010[3] and in a March 2010 interview with Straffi, it was detailed that the season would focus on the "further adventures of the seven magical fairies" as they gained a brand-new ability to choose between fairy forms[4]. This plot was scrapped after the combined Rainbow/Viacom decided to retool the season into a full relaunch of the show.

As confirmed in 2010, Viacom's Nickelodeon Animation Studio co-developed the fifth season. Viacom assembled a team of long-time Nickelodeon writers for the season: Jeff Borkin, Carin Greenberg, Sarah Jenkins, Sascha Paladino, and Adam Peltzman. Janice Burgess, the key person of Nick Jr., served as creative consultant for the season, just as she did for the Specials. Nickelodeon's producers Sarah Kamen, Jonathan Foss, and Jeannine Hodson also returned from the specials. Peter Zizzo, a Grammy Award-winning songwriter for Nickelodeon, worked with Elisa Rosselli to compose many of the songs for this season.

After the thirteenth episode, the show went on a three-month hiatus with new episodes returning on February 17, 2013. A few months later, it went on hiatus yet again in May 2013 after the twenty-third episode with the remaining episodes airing in September 2013. The season concluded in Italy on April 24, 2013 and September 22, 2013 in the USA.

“The Winx Club are back. This time, the Winx will have their journey underwater and will have to face a new dreadful villain, Tritannus. He was a normal triton who was mutated into a powerful monster caused by pollution. His main goal is to rule all the world by entering the Infinite Ocean!

The Believix power is not strong enough underwater, as the Believix wings are useless when they become wet hence the Winx start a challenging quest to get the ancient Sirenix power and become Ocean Fairies.

Wonderful sea creatures such as the Selkies will help the fairies in this “Underwater Mission”. Will the Winx manage to save the Magic Dimension? Will they prevent Tritannus from becoming the evil Emperor of the Infinite Ocean?” 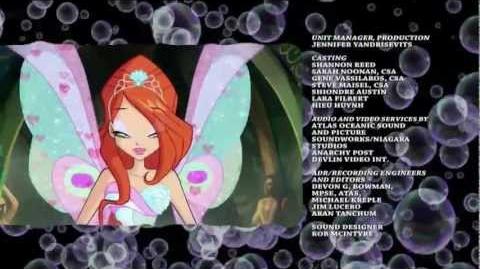 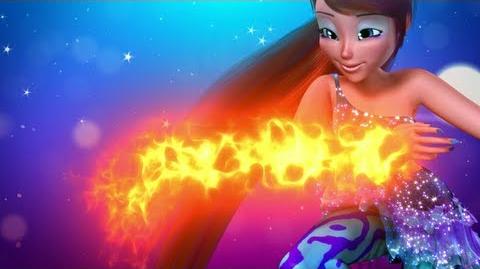