We're Magic All the Way

The Magic World of Winx

In early 2014, an early version of an online game called "Magix Attack" (later renamed "Magix Mayhem") was discovered on Nickelodeon's beta testing website, www.nick-q.mtvi.com. The unfinished game used black-and-white placeholder drawings of the Winx in a new transformation (later revealed to be Butterflix), hinting at the seventh season. Several months later, the seventh season of Winx Club was officially confirmed in a press release.

The press release titled "Rainbow and Nickelodeon partner for Winx Club season seven" on April 8, 2014, finally announced the new season. In the article, Iginio Straffi was quoted saying "It will be a privilege to partner once more with Nickelodeon on this."

During this season's development, production was heavily stalled. This was due to the financial failure of Rainbow's animated film Gladiators of Rome, which had lost tens of millions of euros for Rainbow by the end of 2013. The 3D computer-generated segments and Hollywood voice actors, both of which were highlights in the previous two seasons, were deemed too costly to use for this season. Instead, this season was fully 2D-animated, and Nick Jr. commissioned a cheaper New York studio called DuArt Film and Video to record the voices. As with the previous two seasons, the copyright to Season 7 is co-owned by Rainbow and Viacom International.

“Each fairy animal has a special talent, necessary for the balance of the Magic Universe. The Winx will discover this, while facing two new dreadful villains and getting new amazing transformations along their journey! Winx Club series 7 carries on the theme of recent Winx releases by carrying a strong environmental message. In this adventure the fairies discover the real importance of the rare Fairy Animals, which they must save from Kalshara, an evil shape-shifter and her clumsy brother, Brafilius. The theme of endangered animals recurs throughout the series as the Winx establish an Animal Rescue Park on Earth, where they look after vulnerable animals such as pandas and tigers. The girls also undertake missions in the Magic Dimension and Earth to raise public awareness about the animal cause. This builds to their final mission – to discover the ultimate power of the Fairy Animals, which can give control over all the animals of the Magic Universe.” 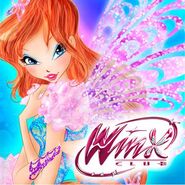 Retrieved from "https://winx.fandom.com/wiki/Season_7?oldid=508885"
Community content is available under CC-BY-SA unless otherwise noted.