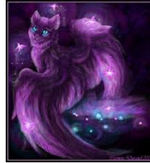 Can we just state that I had a fanfiction a while back about my fairies having a spirit animal and transforming into those animals?

Oh, and I play on this website called Marapets. If you want to join, go through this link, 'www.marapets.com/refer.php?id=sorreltail18'. Check it out :)

Sorreltail18, also known as Sorrel, is an Admin and one of two Bureaucrats at Winx Wiki. She is currently Leader of Project Scripts and Co-Leader of Fairy Rescue Section, Project Characters and Episodes, and play an active role for Project Comics. She was recently nominated for many Featured User, but eventually won in February of 2014. Sorrel has edited on Wikis since 2007, but adopted Winx Wiki in 2009

Retrieved from "https://winx.fandom.com/wiki/User:Sorreltail18?oldid=415487"
Community content is available under CC-BY-SA unless otherwise noted.