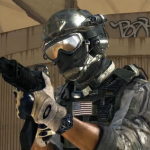 Hi David! I am Lieutenant Borys and I am a friend of your brother here. I hope we olso can be. If you have any problem, need some help or advice about series/edits, you can count on me. Lord Darkar I will get Ultimate Power! 14:01, October 3, 2012 (UTC)

Indeed. Usually 4-5 years of exemplary duty. I heard from your brother, that you're going to university to become a Technican, aren't you? Lord Darkar I will get Ultimate Power! 06:54, October 4, 2012 (UTC)

Great choice if you want it. I am a graduate of Military University of Technology aka WAT year 2011, so for me was no chance to joind directly battlefield forces. But instead of this I'm making sure, that comms in my perimeter will perfectly work. Lord Darkar I will get Ultimate Power! 10:29, October 4, 2012 (UTC)

Nice to meet you too,are you the Brother of Mason?

How come yall are seperated?

Mason lives in America,and you live here! What happened?

Omg what happened? Was he pissed?

Will you come to america?

Look David,i'm to weak now,i can't do things on my own,i need your help

1st.Delete and try to make my gallery size smaller

Thanks!But it's supposed to be Archieve 2 not Archieve 3.And oh, here's the pic for my archievement 2:

I created my own signature using advices on this page: http://community.wikia.com/wiki/Help:Signature and colours and background theme I got from here http://help.wikia.com/wiki/Draft:Customizing_your_signature

The goal is to fill this Example (talk) into this Lord Darkar I will get Ultimate Power!

To see how it works, read this message in source mode.

Leaders and Co-Leaders only! Each projects use its own grading templates. But sometimes admins and rollbacks can add them if they feel what are necessary. RoseThorn - 7: il numero perfetto 06:08, October 12, 2012 (UTC)

Any users can join this wikia. But the point is can they use/speak & understand English or not. IDK any Polish you're talking about. And is a code that users will add to bad pages/pictures uploaded/created in this wikia so admins/rollbacks will clean them. And the last things, ask your brother... I can see he's very good at copying my style... I wasn't expected you're, as well. RoseThorn - 7: il numero perfetto 06:52, October 12, 2012 (UTC)

Thanks David and say thanks to Mason too.

I don't want to say bad or say at my friend's back, but in fact, Fatima copied those codes from my page, or she copied that codes from someone had copied mine... Both of them are the same! And about what you said, it's a language error often seen in this wikia recently... IDK and don't want to join in you guys' relationship. RoseThorn - 7: il numero perfetto 07:09, October 12, 2012 (UTC)

Wwikia is a world wide service, where any user from any country can contibute to wiki of his favorite show/game. It isn't importowany, where do you come from.

Oh...yeah I forgot about that.And yeah they all died

Fine.How's your life in Vietnam?

You mean me???Cheating will lead you to something very worse.Well fine for me, but only for friend problems.And before I went home, God fulfilled my wish.FloraEnchantix (talk) 14:01, October 12, 2012 (UTC)

Wrong user?I never said anyone about this.I agree with you.Rose have done alot of things and she's alreaady ahead of us with 6091 edits

I actually just used that signature yesterday and on my friends' talk pages. If you didn't follow that, you would't know... And I told you just normally do like the way you add pictures to a pages! RoseThorn - 7: il numero perfetto 02:13, October 14, 2012 (UTC)

Do you have more Flora pics?It's great except that they are Chinese kind of pics.... I don't like pics like that, It makes me feel like a terrible feeling inside me..FloraEnchantix (talk) 06:58, October 18, 2012 (UTC)

It's Veronica... And don't worry, I'm online as that often... And I heard that you people want to join a hand on cleaning up the wikia... Well, I'm glad to receive your helps. Just simply check the bad pictures/pages/directed pages, and add to them... I'll delete them ASAP... And I appreciate non-admins' works :D! RoseThorn - 7: il numero perfetto 08:06, October 29, 2012 (UTC)

I know it!You mean to remind me Sailor Moon when you told me help you with the talkboxes!You trying to make me crazy again?♪ Musa!♪ ♪Fairy of Music!♪

well it true,Winx Club replaced it,but i still like it, i woke up at 4AM just to rewatch Sailor Moon!That when i was young,now,if i addicted to it,i'll have to leave the army!You're not better than me much,your cellphone full of Makoto pics!And you also carry a notebook full of Makoto pics!♪ Musa!♪ ♪Fairy of Music!♪

Go say sorry to them or i swear to god i'll kill you when i see you again at the Club House!♪ Musa!♪ ♪Fairy of Music!♪

Frost, time fo ya to wake up and destroying some wikis....

Retrieved from "https://winx.fandom.com/wiki/User_talk:AdrianShephard?oldid=324227"
Community content is available under CC-BY-SA unless otherwise noted.