WELCOME TO MY TALKPAGE

some important rules 1.I'd rather prefer messages without headers 2.use you signature or talkbox

Please don't tell me my archieves are short, but I like my talkpage to be neat.. and a few templates used then has been deleted, making it shorter ,La magie est en vie 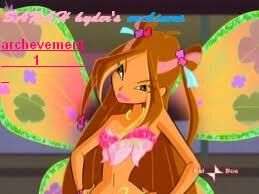 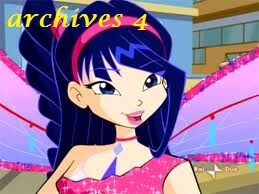 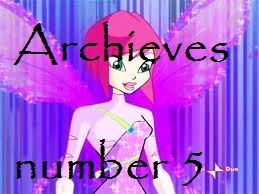 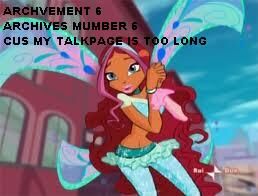 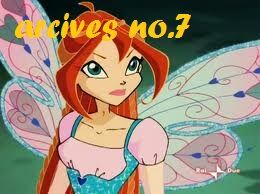 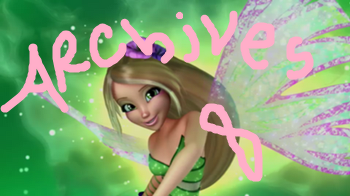 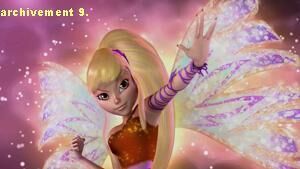 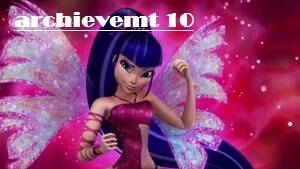 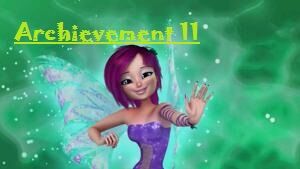 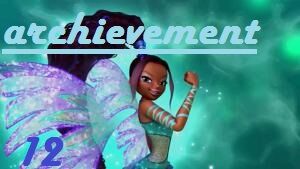 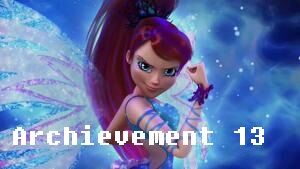 my messages by users.

Why did you leave before? ✿Bella✿

Yeah =]]! It's like how their parents and family taught them so... Oh, so bad to hear about. I hope it's having a healthy and happy life... Sometimes animals need help from human... But my grandmother hates when we bring anything home. She said they can take care themselves and didn't even want us to touch in any animals... A cold wind of Autumn 09:54, December 23, 2013 (UTC)

I agree that they're very cute. But their urine is very... not-so-good-to-smell... and you also have to process their foods extremely careful or they'll get sick... They're not really healthy creatures :)! A cold wind of Autumn 11:28, December 23, 2013 (UTC)

Yup^^! I hope u enjoy Malaysia. Well, Bloomix is great and all, especially the wings. But I dislike the songs. Well, I have to say Nick had finally impressed me by their designs in Bloomix. I can see there's variation in the Bloomix concept. Well, how bout u?

Yeah, totally. Well, I wish Nymphix doesn't disappoint us. And I suddenly missed S5, though is the most disappointing Season. BTW, why wouldn't Nick made additional transformation for the winx? (Weird)

No. Her appearance really disappoints me... and her voice... urg. It has nothing unique/special with that, especially that she sounds really like Miele. I know that they have the same VA... but the VAs of MH series voice for various character, and none of them sound alike, like Spectra and Abbey... A cold wind of Autumn 02:47, December 24, 2013 (UTC)

I think she has no fashion sense. ✿Bella✿

Nah. This person on twitter who pretends to be Nabu thinks Daphne and Silena are the prettiest girls from Winx Club. ✿Bella✿

IDK... It's hard for me to consider if a witch is pretty or not... yet Darcy is absolutely beautiful in her Dark Witch form... and a witch that attacked Miele... well, guess I'll try to make a screen cap and show you which witch I'm talking about =]]! You meant "Flora-Filled Bolt"? It's true. Even Flora sounds quite eager to win recently, which completely ruins her personalities... What's wrong with Nick's VAs after all =.=? We won't except them to shout, we expect them to voice, and it's like they're shouting at us =.=... A cold wind of Autumn 04:13, December 24, 2013 (UTC)

IKR? Yes, season 6 will follow the step of season 5... just the problem that season 6's 2nd transformation -- assumed/predicted to be called as Nymphix -- is way prettier than Sirenix... and that's the point... to explain why this season sounds promising... A cold wind of Autumn 04:21, December 24, 2013 (UTC)

I think she will earn Bloomix in some extravagant way similar to how she earned her Enchantix. ✿Bella✿

P! Maybe the creators want to show the watchers their curls :3? JK... Well, Nick VA casts? I find Ariana Grande is the most prefect voice for Diaspro and Ariel Winter is the sweetest voice for Macy! How about you? A cold wind of Autumn 04:44, December 24, 2013 (UTC)

Tat's the 2nd transformation name. Or perhaps I shud called it Angelix.

Yes, I've been quite sick for sometime now. Hopefully I will get better soon.

You're not in my university Physics class so you don't understand. It won't be solved just by words, even those words from anyone else. And true. They have the same VA, that's why they sound alike =.=! A cold wind of Autumn 07:49, December 25, 2013 (UTC)

Nope. In my dictionary, doing something pointless is considered as being called idiot. Well, maybe someone forgot doing that, or we had a big idiot =.=! A cold wind of Autumn 07:55, December 25, 2013 (UTC)

I think Selina is really great :3! After watching one of Season 6 leaked clips, I quite think Selina will team up with Winx. It would be really great if it happens so :v! How about you? What do you think about Selina?
ღ Ula D

Yep. It could be a trick, too - like the Wizards of Black Circle did :3!
ღ Ula D

I had a really good Christmas day ^.^ The only thing is, I received some troubling news today... ✿Bella✿

I'd prefer to say it on chat... It's kind of personal... ✿Bella✿

Oh, hi there, Sarah :3! Ooh, I see. Good luck in designing, then ;)! Well, I am just looking around wikis and thinking ideas for this wiki's cursor XD!
ღ Ula D

I wake up at 6 every morning :P ✿Bella✿

You goto bed later than I do. ✿Bella✿

Just came back from shopping ^^ ✿Bella✿

Thank you, sweetie :v, but I kind of do not understand what you meant at "I see you stuck to the concept art, except for her lips" ^^! Well, okay, here I come :3!
ღ Ula D

Oh, I see :P! But if you look at her carefully, I did two more changes ^^, I made her skin tanner and her eyes' color lighter ;)!
ღ Ula D

Thanks <3 I still have a lot of work to go though. But when I'm done it will be magnifique :)! ✿Bella✿

I'm halfway there... and while I was deleting everything  I owned, I came across an idea for a new story. ✿Bella✿

Molly is not really a point, yet my thoughts are different when I'm growing up, and every year I'm obviously different to the last year. Plus, the spotlights around her make me sick, as well as some crazy idiot Nikkis around... And the changes, too! Molly's voice kind of... lame with strange accent I've never heard... to be honest, that's why it's unmatch... I'd rather hear the voice of Angela or Helena... A cold wind of Autumn 10:49, December 30, 2013 (UTC)

Well, quite snobby... to be honest... I wonder how her character Alexis gonna be... Oh, so that's how Irish accent sounds... IDK about the world's accents... so... Guess I'll do a research about it... but you know, English/British/Irish/Welsh accent mixes with American pronouncing is extremely terrible, like an English man speaks English in American way =.=! A cold wind of Autumn 10:57, December 30, 2013 (UTC)

The character Molly portrays in the show "The Castle"... Well, IDK... The accents are not really problems, like how things go in Tinker Bell series, and even Mérida's one in Brave... yet... IDK how to explain... maybe Mérida's one is because all the people in there speak with Scottish accent... A cold wind of Autumn 11:08, December 30, 2013 (UTC)

Correction! U do know me. Lol!

IC. Such interesting to hear, since all mothers and their daughters have arguments... Well, outsides? You meant "scenes/lanscapes"? To be honest, Disney never let us fan disappointed with their products, even in 2D or 3D... Haizz... IDK who will be next DP... such a long waiting... A cold wind of Autumn 11:29, December 30, 2013 (UTC)

Yep. Me, too =.=! I really love Bloom's RAI dub voice, I think she sounds sweet in RAI dub and so does Flora in RAI dub :3! Anyway, have you seen Frozen?
ღ Ula D

I know.. That was a joke actually. BTW, Happy New Year!

IC. Lucky you, I have never got a chance to go abroad... I'm good. Enjoy my days-off after finishing the exams of some subjects... Well, we will celebrate our real/actual/major New Year with the Chinese, so this New Year is just another extra/minor one, so people normally hang out, have parties, or enjoy meals with people they want, and in my city we had fireworks last night, but from a restaurant, not from our province staffs... Sums, it's just a normal day like everyday to me... A cold wind of Autumn 04:17, January 1, 2014 (UTC)

We're not allowed to fly the Flying Lanterns here. The personal mini sticks of fireworks are loosely prohibited also... A cold wind of Autumn 04:25, January 1, 2014 (UTC)

Same here, except no flying lanterns.

Ooh, I see :3! Well, I am pretty sure they will look beautiful. So far, all the transformation of Winx are beautiful except Sirenix (sorry if you are a fan of Sirenix e.e)... Honestly, I do not really like Sirenix much =.=!
ღ Ula D

Wooh, it sounds boring if I say this, but ENJOY ur holiday!

Hello! It's nice to meet you! I'm MermaidMelodyFanForever but you can call me MMFF, or Coco! =D

? The party isn't until tomorrow and it looks like I've stuffed up the times. Can you let Fatimah know the party is tomorrow at 9:30 am your time, not 6:30? ✿Bella✿

Well that is the kind of drugs that stops the blood from leaking or bleeding... mostly used in emergency occasion like when the aorta is accidentally cut/broken. Okay. Hope you'll get better soon. A cold wind of Autumn 05:13, January 31, 2014 (UTC)

Sorry I didn't reply on chat. I was reading an awful book excerpt.

The first book of Pretty Little Liars. It had to be the most shallow piece of literature I've ever read. I'm sticking to the TV series.

To be honest I've never heard of it.

Well at the moment I'm in the process of re-reading The Book Thief by Markus Zusak. It has to be the best novel I've ever read, but it's not everyone's forte. It's set in Nazi Germany and there's a lot of death and destruction happening. Chat?

Hehe, it's a good show :P! I ship Robin and Raven, so Starfire seems to be a bit annoying, yet she's still cute with that lovely voice... but honest, I always enjoy Raven's deep voice... And oh, a funny episode you'd watch is Bunny Raven :P! And I have to say I hate the kind of opened last episode... I can't tell anything about the future of the show... Oh... how nostalgic... A cold wind of Autumn 05:40, January 31, 2014 (UTC)

Okie. I like hearing about books that may interest me.

The Goblet of Fire :)

Well, I found the first few books went a little too slow for my liking. Also, you need to come on chat sometime so I can spill all my problems about school and my love life ;-;

Wow, you get your monthly too?

I do also, but it's lasts usually 4 days now.

I used to have 7 days but it got shorter

Ah, basketball to me is full, but I'm full of lucky whenever the tests about basketball come :P! Oh, that accident :P? She's fine now, at least the wound itself makes a black cover and the new skin below that cover is making, so she said it's itching :P! But she can't run of do anything put many force on the feet, just slowly walk... A cold wind of Autumn 10:20, February 9, 2014 (UTC)

Oh, if that the new rule, then i think you guys should remove the MediaWiki of Autoplay Music to get them completely disabled

Glad to hear so :P. How are your fan-fictions going, Sarah ;)?
It is a Rebel cause ○

I see =]]. I can not wait to read that episode. Your Jessie and Jessica fan-fiction is really interesting so far :D!
It is a Rebel cause ○

Hi Sarah, seeing as how the Fairy rescue section has not been edited in a while I will go through and remove members that are not able to edit the list for some time. I now ask that you be able to at least edit the list or work on some of the pages that are shown on the list. If you can't edit the list at least 2 or 3 times a week then please inform me so that I may remove you from the list.

Hiya Sarah! ahh, so you changed your username? didn't notice that! I haven't been on very long, anything new in the community?