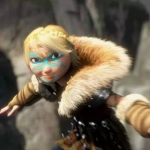 It's a pretty good school. There's lots of nice people and it's in a good area. We're also very sporty and we have many smart students. How about your school? --✿Brittney ~ Fata Della Natura✿ 08:45, February 8, 2013 (UTC)

Okay. Sounds interesting. Do you go to the private part of the school or the public? My teachers this year are very strict. --✿Brittney ~ Fata Della Natura✿ 10:04, February 8, 2013 (UTC)

My teachers this year are much stricter than last year and they expect a lot from us. --✿Brittney ~ Fata Della Natura✿ 10:22, February 8, 2013 (UTC)

^^! I think it's somewhat like duty :x! Well, improving all the English skills is very important to me, not just only for university. My classmates always insult me whenever I get lower marks - but slightly my worst marks are always higher than them... and they also say at my back... I often see that but I don't want to see anything... I just don't care about them and with me, they're air or invisible. And I'm in trouble with the princesses' colors :P! Aurora is pretty easy, her color will be pink... and Tiana... she's green... But how about Snow White? Or Mulan... I'm out of color palette for them @@! ღRoseThorn - 7: il numero perfettoღ 13:09, February 8, 2013 (UTC)

But if we choose yellow, she will have the same color with Belle @@... And I know that. I had already reported to the staff, but they don't answer my message >.<!!! Btw, I think we'll use the Princesses' colors from this picture. I took it from Official Disney Princess FB :D! How do you think about it? And my friend just tells me about the "Never Girls" series =]]! ღRoseThorn - 7: il numero perfettoღ 13:36, February 8, 2013 (UTC)

I'll think about that :D! Magic Spells? I think you should use "Magical Spells" :P! However, I'm not really sure about that... You may want to contact Fatimah :x! And Never Girls are the normal girls but find the way to Never Land... So finally, after Never Fairies and Never Mermaids, Never Girls appear... I'm thinking about something special to my own story =]]! ღRoseThorn - 7: il numero perfettoღ 13:46, February 8, 2013 (UTC)

Half of them are unlocked. Just keep editing and I'll keep unlocking and locking while you edit :D! ღRoseThorn - 7: il numero perfettoღ 04:39, February 9, 2013 (UTC)

Not really yet :D! Picking the color up and putting it down... I still need time to give the final decision :x! But I'm preparing their infoboxes and profile pictures :x!!!

I'm sorry, I captured the HD pictures from Believix In Winx's video so you don't need to replace them. And we don't talk about turn here... You know, you remain me to my childhood to see kids fighting just because of cheap candies. ღRoseThorn - 7: il numero perfettoღ 10:15, February 13, 2013 (UTC)

I'm finished your request, i don't have time to design a new one, so, i copied my codes to your, think it as another birthday gift from me

I saw your friend request on FB, i can't decide, should i ignore or accept it, i miss our old friendship, but i still can't forgive you, so, i'll let it there, if we befriend again in the future( That probably won't happend) I'll accept it

I thought I had already told you about that once? And I'm sorry, just like with Enchantix, we just need the 2D versions for them to see. 3D ones actually really hard to see everything... Just let them be like this. ღRoseThorn - 7: il numero perfettoღ 11:05, February 15, 2013 (UTC)

It normal, better 3D i guess, and maybe, i'll be online, or maybe not, who know, i've spend time with my special friend everyday, so yeah, i'm pretty busy

Hi, first: Sorry my bad english xD I'm from Colombia. Second: In episode 15 King Radius is sick because Tritannus and his eclipse, you know, King Radius is dependant of the Sun of Solaria :D In this episode Luna will appear. Andres03040 (talk) 13:37, February 15, 2013 (UTC)

Think about the other first before you decide to do something

Ok! And it's nothing. Mason told that "Rose" was your last name... and I just corrected that "Rose" is your middle name, and "Ellema" is your last name. And I'm sure that Mason will be mad at you if you keep following and watching him everywhere, especially reading his messages.
P/S: I forgot to tell you. The amount of the edit counts is not permanently. The changing of the edit counts hadn't happened to you before doesn't mean it had never happened before to the other users. When someone deleted or undo your actions in a wiki, your edit counts will decrease... That was very normal! ღRoseThorn - 7: il numero perfettoღ 12:05, February 18, 2013 (UTC)

Hey! My message to Rose doesn't have ANY infos that you need to know you know, yeah, keep stalking me, follow me everywhere,do whatever i do, just make sure that i didn't know it, 'cause if i do, i'll have more reasons to hate you, yeah, because i've promised to FlamePhoenix that i'll reduce my swearing habits, so i don't user swears in here, but in other places, that not going to happend, Frost is no longer your friend, so don't count on him!

Hey, i was wondering what's your fairy's name again?

Well, isn't it obvious? I believe in God. And my username speaks the truth I believe :)

You talk tough but act like a cat, everytime you have problems, you bug other users, like RoseXinh, oh wait, you even use the same name with her! Your REAL name is Rutchelle, not Rose!

Pics, i can take them myself! I don't need you, i don't want to fight, but your copy cats actions are annoying me! Stop copying the others, your talkboxes copied Rose's style, you think nobody know that?

Rose, please calm down. Please don't leave this wiki, we care about you. I know Mason may be upset with you but that doesn't mean for you to yell at him, and plan to leave this wikia on your birthday.

Tell Rose to block you or not, your choice, i don't really care.....

Yeah, do what ever you want, i was right about you, you don't really care about your friends much isn't it

When you leave, Fatimah, Tiff, Brittney, and bunch of people, are going to sad, that how you show your care to your friends, heh

Goodbye, screw you for wasted my time running errands for you

Do you find it weird, wrong or creepy that I am a 25 year old boy who likes Winx?

Well, tie between Bloom and Stella. Though Musa, Flora and Roxy are really close.

How do you do that- the message appearing in a colored box?

I m musa I told u Inotice

i hate musa because she stole riven riven should be blooms trust me or not but bloom wants sky bcz of his bravery  agree with me oseShizuka45 (talk) 16:53, February 22, 2013 (UTC)

Retrieved from "https://winx.fandom.com/wiki/User_talk:RoseForever?oldid=154850"
Community content is available under CC-BY-SA unless otherwise noted.