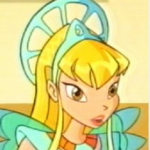 Since When Does Stella Likes To Play Hide & Seek Plus We Don't Take Information From 4Kids Because It's Not True! & Who Which Country Does "Ernst Drukker (Season 1-5, specials movie 1-2) Stephan Holwerda (Season 5 part 2)" Voice Riven ~!

Hey! The points you entered on Ep - 113, were unecessary so I reverted that edit, Hope you don't have any problem on that!

As you wish... I'll talk to other people about it..

Because It Is Not Related & Doesn't Make Any Sense.

Hi, I saw what you tried to add in the trivia section of Tune's page that kept being removed. I don't what's your first language, but I think you meant wife instead of woman. My first language is French and these two words are translated by the same word. "Woman" is for the gender of an adult girl and wife is a word by which a woman married to someone can be called. XxDragonHeart (talk) 23:05, May 25, 2015 (UTC)

I Don't Know How To Do It, I Took The Collage From WinxClubRus.

You need to contact that user for reason, not me. But unless it was bad trivia, it wasn't deleted.

Re: DuArt Film and Video

Cinélume is a Canadian company, provided the dubs of Winx Club in season 1 to 4 (aired in Cartoon Network and Boomerang) and PopPixie (currently aired in Nick UK and Netflix), hence these episode titles and actresses/actors provides the voices of the characters in these season are written as "Cinélume". 4Licensing Corporation (4Kids at that time) provided the dubs of Winx Club to some countries, aired on the 4Kids channel, because so, we have "4Kids". Nickelodeon also co-produced Winx Club in season 5 and 6, and provided the dubs, because so, we have "Nickelodeon".

As you can see, they all "provide" the dubs, leads to the fact their versions appear in here. However, DuArt Film and Studio is an American dubbing studio with one of their clients is 4Kids. It basically has no sense when writing the dub and actresses/actors of season 7 as "Cinélume". Unless you have anything clear to certificate this, we will keep thing of season 7 as "DuArt", as what we all have known. And you really need to stop insulting BelieveInMagic814, especially when he has not done anything wrong.

Please do not add voice actress onto Stella page, we will leave them as they were saw on the ending credits of Season 7.

Lisa Adams voices Stella in the 4Kids dub. Please read the infobox on her page.

Your edits on Bloom and Stella have been reverted. I will watch the episodes but what 3 EPISODES from what season? Season 1? Please respond. I looked on your message you left for User:RoseXinh, do not leave rude message on ANYONE talk page.

This is not the place for "International". If you do not read the rules, I have nothing else to say. And please also stop ordering around.

Well, That Section Is Not Needed For Our Wiki. Plus, We're Not A International Wiki.

IDK About Your Block Maybe The Other Admin Decided To Extended It.

I Don't Know, Ask The Person Who Did It.

Retrieved from "https://winx.fandom.com/wiki/User_talk:Tenca14?oldid=322937"
Community content is available under CC-BY-SA unless otherwise noted.