Hello The Oblivious Prattler, are you really the one that owns Una di Noi Winx? Someone says your the one saying DuArt Film and Video is dubbing Season 7?

Yes, I'm really the owner of Una di Noi Winx. But I did NOT start the rumor about season seven being dubbed by DuArt. I wrote a cast list post on my blog a while back, and several fans pointed out how many Pokemon voice actors there were. DuArt apparently dubs Pokemon, so that made everyone think they're dubbing Winx now, too. But as far as I know, that's unconfirmed.

Hi, Yes it was me. :) Your welcome :) I think that you will get other chances too.

I didnt know you had an account here YAY :)

Sorry its me again,

So...maybe this isn't a good place to ask this, but would anyone be willing to help me redesign my blog? I'm good enough with HTML that I can code it myself. But as far as the actual layout and graphics, I'm at a loss. Art isn't my forte.

I'd like a season seven theme with the Butterflix stock art. Also, I don't wanna use a template. Like I said, I plan to code it myself.

You Know You Could Just Leave A Message On Somebody's Talk Page, Right ? By Just Going To The User's Talk Page & Click The Leave Message Button & Then Click Publish.

Thank you for such an amazing answer to my question. I followed a link from your page to see that Aisha finds herself someone new (Nex). I promise to keep reading so that I don't have to ask. I just started watching this fall and have only been on the wiki community pages since December. Thanks again for the help! I really mean it! Awhkm Awhkm (talk) 04:10, January 14, 2016 (UTC)

OP, Could You Please Help Me To Confirmed What Weapon Brandon Uses ? 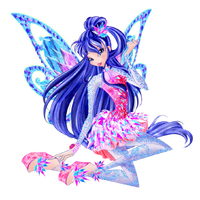 Hi I know you. I absolutely love Una Di Noi Winx. It would be good if you could be my friend. Bye.----

Maybe, But I'll Need Some Time.

Here You Go, Sorry For The Delay.

Hey There, I've Read The Message That You Left On The Comics Talk Page & Would You Mind Telling Me Which Comic Articles Which Are Needed To Be Renamed Or So? I'll Try To See What I Can Do.

Hello. Just want to say if you have any problem with any comic articles, please contact WhiteJasmineFlower. She is directly in charge of these. BelieveInMagic814 is not in charge of these but the episodes instead. --

Shoot! I did? Do you mean what I included in the parenthesis or overall? I could've sworn I was adding events from the RAI dub since I remember them much more than I do 4Kidz. (SolanaCorona (talk) 01:37, May 2, 2017 (UTC))

Oh, that paragraph was there long before I started editing it. I just haven't written over it because I was still looking over Season 2's events just to make sure. I'll get around to scrapping it soon enough, but thanks for the heads-up! (SolanaCorona (talk) 19:55, May 2, 2017 (UTC))

It's all good! I didn't feel like you were really accusing me either way. And, I might! Mainly because some of the pages are either messy, hold info that only pertains to the 4Kidz dub, or just aren't descriptive enough like with Aisha and Nabu's page. I might put tabs for Aisha and Nex's page when, say, Season 8 rolls around. Not too sure if only two seasons worth of relationship building would need tabs; it all depends on how descriptive you're gonna be. (SolanaCorona (talk) 02:54, May 3, 2017 (UTC))

Oh, it's no problem at all! I mean, since you already own the comic and can translate it, then it's only fair for you to work on the page. Plus, the blog I follow that regularly translates the comics hasn't gotten to Nex's Test yet and who knows how long it'll be until they're able to get to it. So you can just go for it if you want, I don't see any issue in that. (SolanaCorona (talk) 20:58, May 4, 2017 (UTC))

I always just referred to him as Electronio since I don't think he's ever referred to by name in the comics (I have to check again, so I'm not entirely sure) and, since Cryos has no known wife, I just refer to her as Magnethia. I could get back to it and change it; it's fine. (SolanaCorona (talk) 22:08, May 26, 2017 (UTC))

Yeah, I just noticed it. Thank god they added them in.