Winx Bloomix Quest is an app game developed by Apps Ministry LLC for iOS. It was released in Russia and Italy on July 16, 2014 and in other countries on September 12, 2014.

Have you ever wanted to become a Winx fairy? Now you can! This exciting game will take you into the amazing Winx Club world and thrill you with endless adventures! Winx Bloomix Quest is an official game based on the animated television series Winx Club. Download the game and explore the Winx Magic worlds, play as your favorite Winx and overcome all the obstacles on your way! Use magical powers to face powerful foes and fulfill your amazing Bloomix Quest! Winx Bloomix Quest combines serval types of gameplay that will keep you entertained for hours, featuring a classic side-scroller game that will take you on electrifying chases and exciting boss battles. 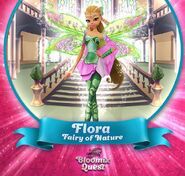 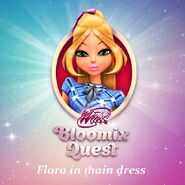 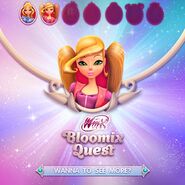 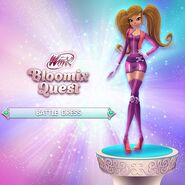 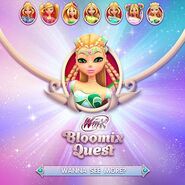 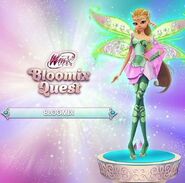 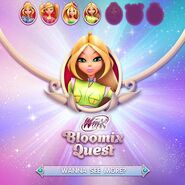 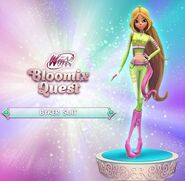 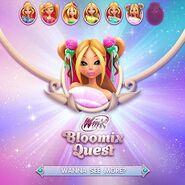 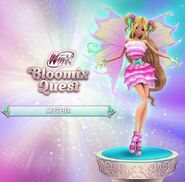 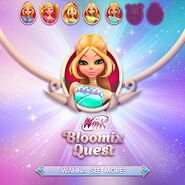 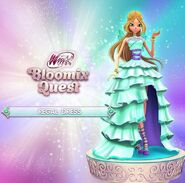 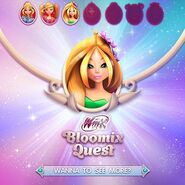 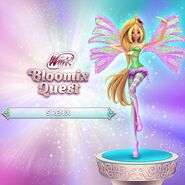 Retrieved from "https://winx.fandom.com/wiki/Winx_Bloomix_Quest?oldid=479525"
Community content is available under CC-BY-SA unless otherwise noted.