“Jump into a world of fairy adventures with the Winx Club.

“Experience a gorgeous Winx world, go on your own adventures, solve tricky puzzles, explore hidden secrets and get the latest Winx fashions too! If you liked the Playstation version of Winx Club back in 2004, you will love this game!

-Choose any of the Winx characters. Be fashionable, intelligent and brave! In this new and beautiful 3D Adventure set in Alfea College for fairies!

-Seek out the mysterious keys, investigate new and exciting rooms and uncover hidden treasures. Collect over 150 exclusive Trading cards too.

-Transform into Butterflix, battle Brafilius and his pesky Gemlins. Use spells to defeat them all!

-Wear unique outfits from season 7 with even more fashionable clothes to follow soon.

-There are also many mind-bending puzzles to put your brain to the test.

Parents please note: the game does include IN-APP purchases.”

The Logo of The Game. 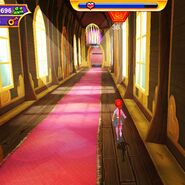 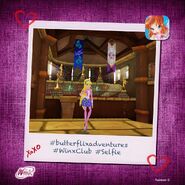 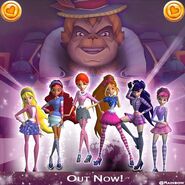 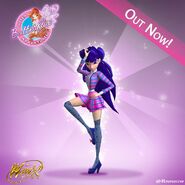 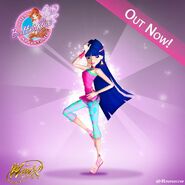 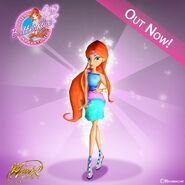 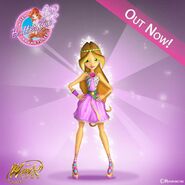 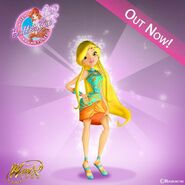 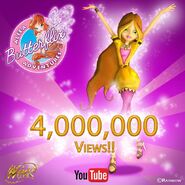 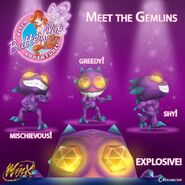 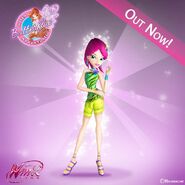 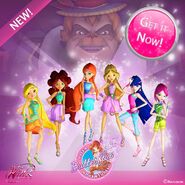 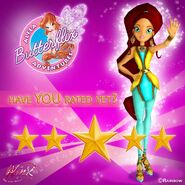 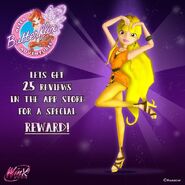 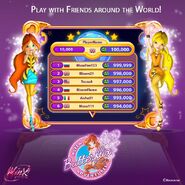 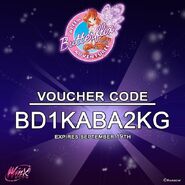 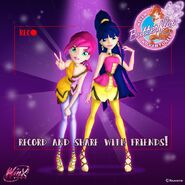 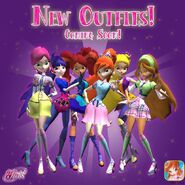 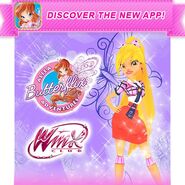 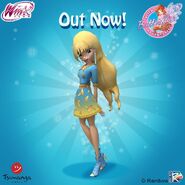 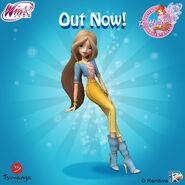 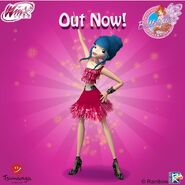 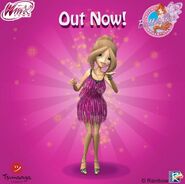 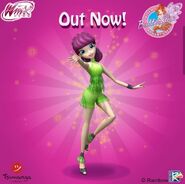 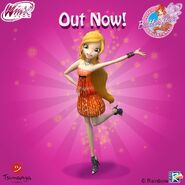 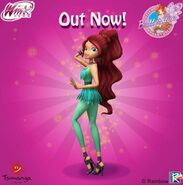 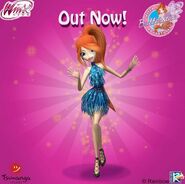 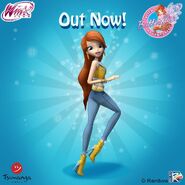 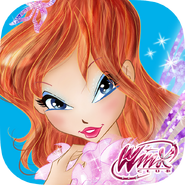 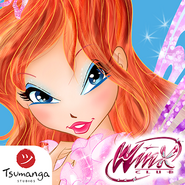 Retrieved from "https://winx.fandom.com/wiki/Winx_Club:_Alfea_Butterflix_Adventures?oldid=479615"
Community content is available under CC-BY-SA unless otherwise noted.