Winx Club: Winx Sirenix Power is an application for iOS and Android in which you can play as either Bloom, Stella, Flora, Musa, Aisha, Tecna, or Daphne to rescue the Selkies and beat Tritannus and the Trix. There are four kinds of places, Infinite Ocean, Shark Eye Mountain, Pillar of Control, and Pillar of Balance. Each divided to four levels, Ocean Training, Sirenix Training, Beat Tritannus, and Rescue a Selkie.

Dear Winx Club fans, have you ever wanted to be a Winx fairy and race through beautiful 3D underwater? Now you can! Winx Sirenix Power lets you swimming through Infinite Ocean, taken straight from the 5th season of the Winx Club!

Swim through Pillar of Control as your favorite fairy, and gather as many hearts as you can before the time runs out! Race against Tritannus through the reefs and caves, and avoid spells cast by the Trix! Once you complete your training, you will be ready to take on Tritannus with super-powerful spells!

Download Winx Sirenix Power today to save the Selkies before Tritannus captures them, and stop him from polluting the Infinite ocean! 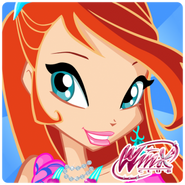 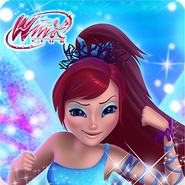 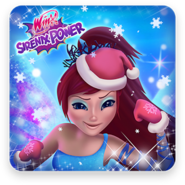 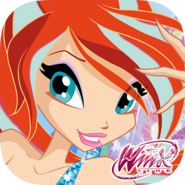 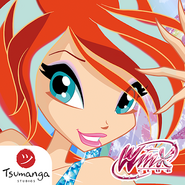 Retrieved from "https://winx.fandom.com/wiki/Winx_Club:_Winx_Sirenix_Power?oldid=479371"
Community content is available under CC-BY-SA unless otherwise noted.